If you have other problems that are not listed in this guide, feel free to post your question in the comments section. Anyway, let’s start with the general strategy for playing the game. END_OF_DOCUMENT_TOKEN_TO_BE_REPLACED

Pisces’ core story has been around for 10 years, written by me and my Ragnarok Online guildmates for the characters we built in that world. Creating a game with it was another matter entirely. For one thing, there was the issue of maturity. For another, there was the issue of differences in medium. Most important issue: this must become an original game in itself, with a story that is completely different from the world of Ragnarok Online. As an adult, a lot of the stuff I had written for my own characters a decade ago make me cringe now, and there were scenes you can easily write on paper that could not be translated just as easily in-game. Needless to say, before I embarked on the project, I knew that there was going to be a lot of re-writing involved. So I decided to start by re-creating my own characters first and sending them out to my favorite illustrator, Clarice “Sao” Menguito. END_OF_DOCUMENT_TOKEN_TO_BE_REPLACED 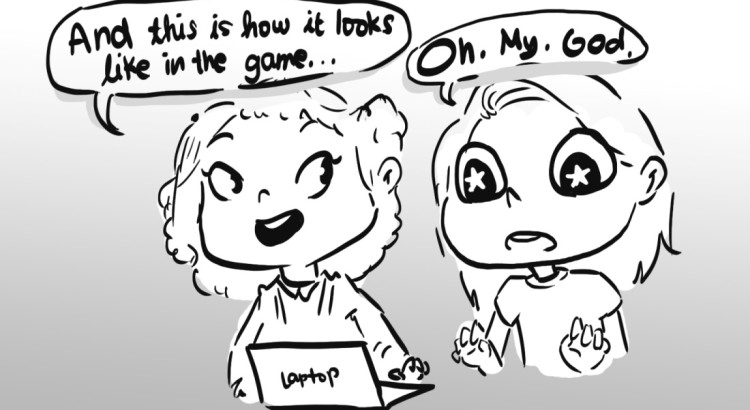 Well, I didn’t even know I was working on Adarna and Song of Pisces at first! It actually just started off as an activity: create monsters. And I just let it rip! When I started making things in the beginning, I didn’t even know what I was making it for. I mean, I knew it was a game, but I didn’t know any cheat codes or in-depth information about it. I didn’t even know the names of the main characters in the game. All I knew was, “Make this, and make it animate well.”
END_OF_DOCUMENT_TOKEN_TO_BE_REPLACED