If you have other problems that are not listed in this guide, feel free to post your question in the comments section. Anyway, let’s start with the general strategy for playing the game.

Talk to the blacksmith trainees all the time. Certain characters will trigger conversations that might yield items. One of them, Colbey, is a gossipmonger, so he does leave a lot of hints to help you navigate the game. Other NPCs that can help you:

Some NPCs will remind you about being more conscious of your battle strategies, others will give you clues about terrains that may be confusing.

Biggest trick: You can actually avoid all the enemies in a map and just grind near the save point, in case there’s an upcoming boss battle. Sometimes, you don’t even have to grind until it’s time to go through the job promotion process.

Refer to this section from time to time when you feel like you’re stuck on a quest. Click on a map to enlarge. Detailed quests are listed below the map gallery. 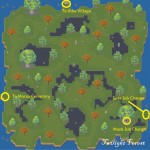 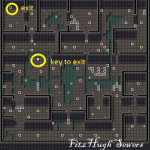 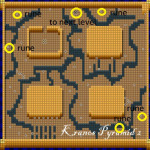 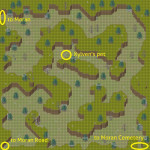 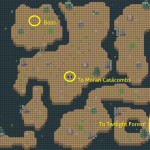 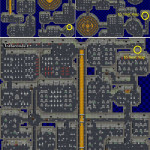 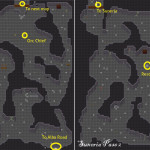 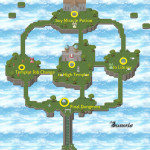 The Meditation map is not included in the gallery because you will have to use the location of the enemies as hints to where you’re supposed to go. The map itself was created to make it seem that you’re in a dream-like haze, where you sometimes can’t move and the only way to know where you are going is to follow the enemies. You can choose to kill the enemies when you feel like you need to grind.

Q: How many Spirit Stones do I collect in order for Lady Haruka to gain the skill Spirit Blade?
A: 10

Q: Where can I find the Tracking Runes for Cat’s Eye’s first quest?
A: They’re all at the second level of Kranos Pyramid. Please refer to the Kranos Pyramid maps in the gallery or to the maps below. Q: Where do I find flowers?
A: You can find them easily in Moran and the Kranos areas but the drop rates are at their highest in the Moran Catacombs and Twilight Forest. Talk to Colbey, the blacksmith-in-training, if you forget.

Q: What are those wing-like things jumping around on the map?
A: You need the blacksmith-in-training Catarina to craft Wings of Valkyrie so you can access them.

Q: What is the maximum weapon upgrade?
A: The levels are: default, +1, +2, +3, S. Only blacksmith trainee Kaozen can upgrade from +3 to S. You can find her at Alba Village when you’ve already gotten Wings of Valkyrie.

Q: Are there events that can affect the ending?
A: There is really only one side quest that will affect the ending of the game. This is Stop the Plague. If you do this quest, you will get the True Ending.

Q: Where are the optional bosses?
A: Please refer to the image below. You can also check the gallery maps for the following:

There is also an optional boss waiting at the HQ but it only appears when you’ve opened the final dungeons. Q: Where to find the butterflies?
A: Mai must be in your party. Please refer to the image below. After you’ve gotten all the butterflies, talk to Claude-chan again and go back to the quest details. He will reward you after.

Once the characters have reached Level 15, they will be eligible for job promotions. Each character has a different quest.

1. Lady Haruka. Refer to the Suneria map. First talk to the High Templar then go down the stairs located at the left part of Suneria. The Templar Grounds map is straightforward. You must defeat a boss.

2. Sofi Yozora. Refer to the Twilight Forest map. You will go through three more maps before you reach your destination. Talk to the Seer.

3. Pai Tokudaiji. Refer to the Twilight Forest map. You must defeat a boss.

4. Mai Tokudaiji. Talk to the Orange Cat walking around the HQ Gardens. She will then give you a quest that will make you look for 5 of her furry friends. The location of the friends are as follows (click to enlarge imge). Once you’ve talked to all of the five furries, return to the Orange Cat.

5. Cat’s Eye. Go to Sunrose and talk to Yorinai. He will tell you to gather 5 Ominous Roots and then to meet him at Aqua Colosseum. The locations of the Ominous Roots are as follows. Once you’ve gathered all these, make sure that you are well-equipped because it will be time to go to Aqua Colosseum and win a sparring match.

Unlike Prologue’s complicated way of getting the true ending, you only need to do one side quest in order to get this game’s true ending: “Stop the Plague.” This quest becomes open to you once you’ve done the main quest in Moran. Requires 1 sun blossom, 1 life gem, and 1 miracle potion. Once you have all the ingredients, find the old woman in Moran.