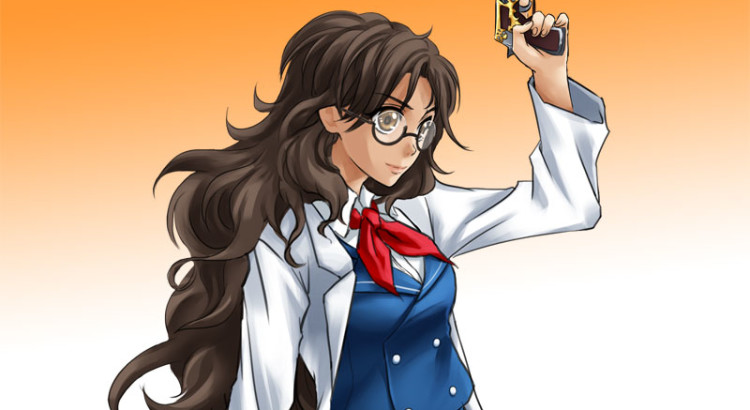 While waiting for the next round of tasks for Project K — and trying to figure out how to improve our current in-house game engine — the boyfriend gifted me with RPGMaker VX Ace so I could try experimenting with some of my designs (I currently have 5 of them and only 2 are actually being developed). What started out as a test game became the introductory story to a series of fanfiction that I had written (but never finished) last decade. Let’s call that series Project GC, which contains the main plot. Prologue, as its name suggests, is an introduction to Project GC. I had already “manually” designed Project GC last year but couldn’t implement it due to the limitations of the in-house engine back then.

I never thought I’d be addicted to RPGMaker VX Ace, and this actually scares me because now I have set high expectations for the in-house engine. (You can’t help but compare.) Small consolation was the fact that RPGMaker has been around for a decade while ours has been in development for only 3 years. In any case, the small RPGMaker VX Ace project sort of grew and I knew I wanted more out of the experience. I needed pixel artists, more original compositions, and more original portrait art. So what I’m going to do with Prologue is turn it into my fundraising project for Project GC. Since I could not avail of Kickstarter, I’d like to offer something small — this short story — in return for the funds I need to finish all chapters of Project GC.

The world is relatively small, set in a university that is beset by dark forces. The game’s acting protagonist is the alchemist Dr. Beam, who was originally slated to be an NPC in Project GC. She was the guardian of the main characters I had already written about. Suddenly, I ended up creating her origin story.

What the game has now.

I’ve commissioned illustrator Sao Menguito for the title screen. Obviously, I want to be able to commission more art. Here’s her WIP of the music professor, Arien, who is another playable character in the game.

For the art, sad to say, my limited resources had me recycling RPGMaker VX Ace’s stock RTP though I did manage to buy tilesets from Degica.

I am working with Dualist for the opening and ending themes. I had already worked with one of Dualist’s members, Kane Aoki, once before. He was the composer for the project Puzzle Pets Adventure when I was still a video game producer for Anino Games, Inc. When Kane told me that he and his friend Thorton Salvador were building a studio, I immediately asked them to create music for this game.

I would really love to work with them again. Next time it happens, I’m going to ask them to do EVERYTHING: battle background, world, interiors, dungeons. The works.

Anyway, I’m hoping to launch this game before the school year starts and before I resume my professor duties, so it should be out sometime in May.

UPDATE: The game has been launched. You can buy a copy Prologue: A Guardian Story here.

One thought to “Coming Soon: Prologue: A Guardian Story”