Project K has been an ongoing project that goes on and off depending on the progress of senshi.labs’ in-house game engine. This is actually based on the thesis project of my former students in Asia Pacific College’s Multimedia Arts program. They graduated in 2010 but it was only last year, while Angge Dannug was doing a Throwback Thursday post on Facebook, that we thought of resurrecting the project even though I was not their thesis adviser. (It was Ms. Luna Pagarigan who handled their project, which was created with the use of Macromedia Flash.)

This was how the project looked originally:

As many Filipinos can probably guess, we really want to make use of our own native myths and lore. Hence, the creatures featured above are familiar to many. Furthermore, we are interested in promoting various Filipino cultures and would like to bring them into the international market. We thought that since we know so much of Japanese, Norse, Greek, Roman and even Korean mythology — largely thanks to our exposure to various games worldwide — why can’t other gamers be familiar with ours?

So yeah, another reason this project takes so long to develop is the amount of research needed for us to come up with solid content. Our first stop was Sagada.

What other reason for most people to go to Sagada except to experience the food, the caves, the hanging coffins, and the beautiful mountainside? These basically served as our inspiration. Mawi (Katrina Umawing) also went around talking to and interviewing people. Sometimes, we’d overhear conversations that sounded like they were fit for NPC dialogues. Sometimes, our own reactions felt like they should be NPC dialogues.

When we ran out of time to explore, we also went to two museums in Baguio, namely, the Baguio Museum and the Bencab Museum. We weren’t allowed to take photos of some parts of the Baguio museum, but luckily, we were able to see similar items in Bencab, where they weren’t so strict about photos.

We were actually a bit sad to see the Baguio museum so empty. There was so much history in there but we wonder whether most tourists even visit the place. Bencab had more visitors.

Anyway, we did some AE tests of what we have so far.

View more photos here. Sorry, they’re not much. We’ve actually taken a LOT of photos but we didn’t want to spoil everything about the game by posting all our references here. In the meantime, enjoy! 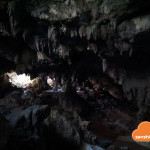 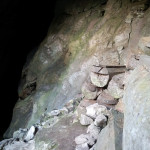 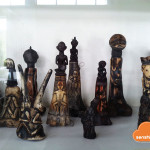 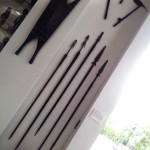 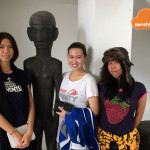 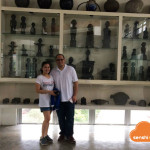 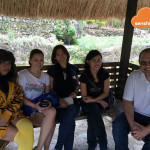