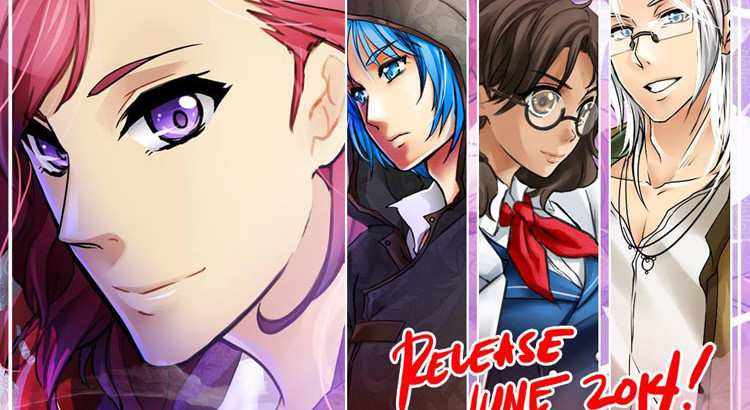 Understandably, I did not create a digital design document for it. Inspired by Guillermo del Toro, I haphazardly drew on my design notebook. Uh, well, I actually started with a piece of scratch paper, which I stapled onto my design notebook.

Dr. Beam was supposed to be an NPC in my flagship series, but since the characters hadn’t been redesigned yet, I couldn’t think of ways to flesh them out. The easiest way I could think of, when creating characters, is to base them on real people. Dr. Beam, though I make fun of her all the time in Prologue, was largely based on me. I didn’t have to think of a new protagonist’s personality. I also didn’t have a hard time thinking about the characters who’d be accompanying her. Arien, my favorite character, is based on some of my LGBT friends, so he remains sassy and has the most number of dialogues. Tauron is partially based on my dad (for being a nerdy inventor and for having a corny “daddy” sense of humor) and largely based on my boyfriend (who is just about as nerdy as my dad and shares the same geeky anime and video game hobbies with me). Except, well, Tauron is a mountain of a man because of his affinity with the earth.

Nearly all the major NPCs in the game (Chairman Lee, Doc Joey, Dean Reya, Doc Joyce, Director Elvert, Instructor David, Lecturer Noah, Instructor Felix, President Pyt) were based on real life people and some of the student NPCs were based on real students. St. Claire University itself is loosely based on Asia Pacific College and the De La Salle – College of Saint Benilde. Any Benildean studying at the main campus would recognize the Duerr Halls (in real life, these halls were confusing as heck and we called them warp zones), Brother Andrew Café, and Plaza Villarosa.

The downside to not having a solid GDD during production was that I could easily change my mind if a path didn’t seem like it’s flowing properly. In fact, I only thought of an alternate ending while I was halfway to finishing the third to the last dungeon. I was also halfway through alpha phase when I realized that Arien was my favorite character and I started fleshing him out, more than Dr. Beam or anybody else.

The thing I liked about working with RPGMaker VX Ace is that I do not need to bombard people with dialogues throughout the journey. I could go back to previous maps and insert snippets of the characters’ personalities through their books or the things that can be found in their class rooms.

The upside to constantly carrying a design notebook and lots of colored pens is that I can trace my changes based on the color of pen I used. I started off with light colors, and then I used a shade darker with every change I made.

So I wrote an outline in neon orange and then literally overwrote them with darker ink. I actually drew some storyboards (both for the game and for the trailer) inside the design book as well, but they were so fugly that I’m embarrassed to put them online. Heh.

I’ve also managed to completely rely on the design notebook for my tasks. I normally plot my daily tasks on my Google Calendar, but I realized that it was easier for me to keep track of where I am in the development phase when I wasn’t constantly alt-tabbing. The downside? I had to manually re-type the paths for the QA/testers to follow on their second and subsequent run throughs.

So that’s basically how I violated everything I taught about mainstream game production. Heh. I had no pitch, no market research, no Game Design Document, no Art Bible, no Technical Design Document. This is as indie as it gets. And dare I say…liberating? ^_^

(Of course, I don’t think I can do that with my other projects, since those are being developed with full teams on board.)